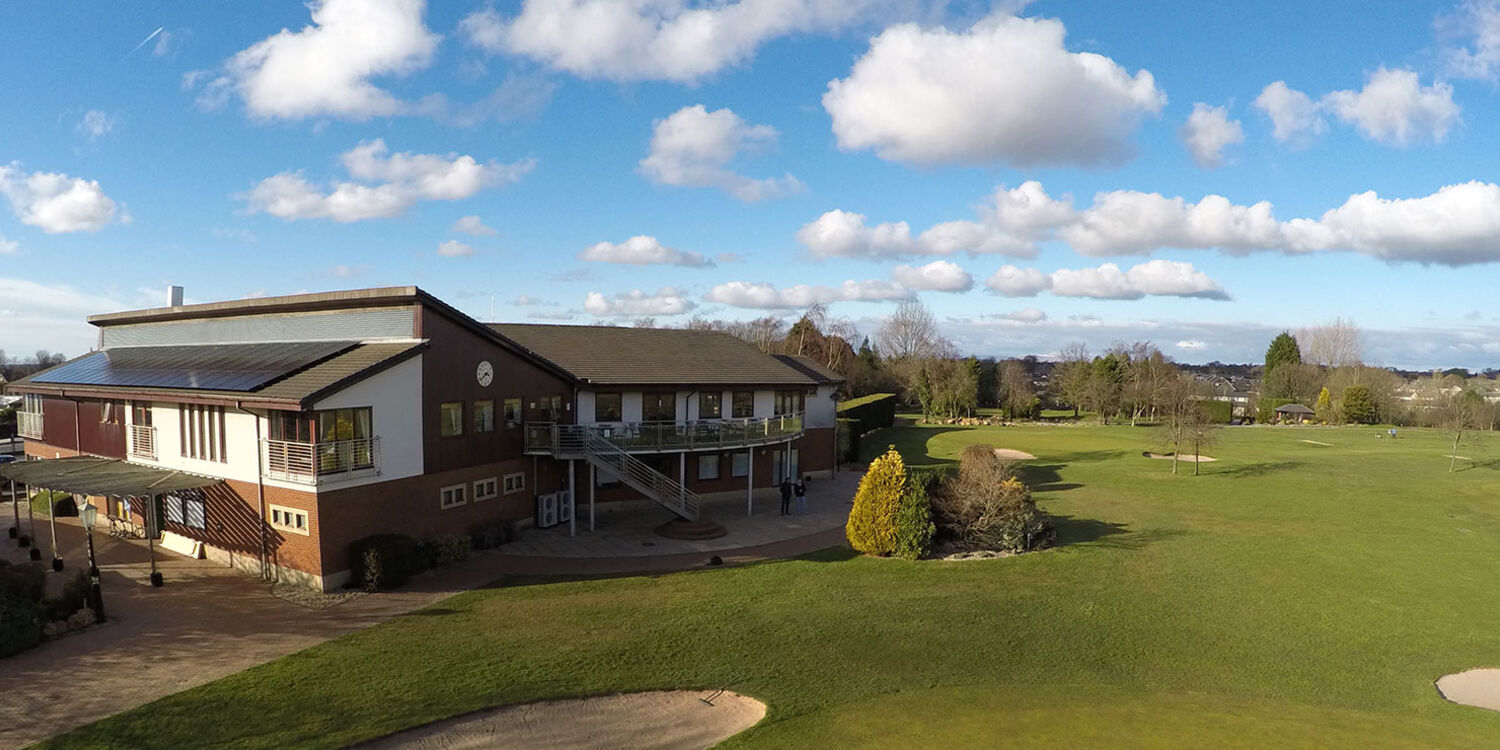 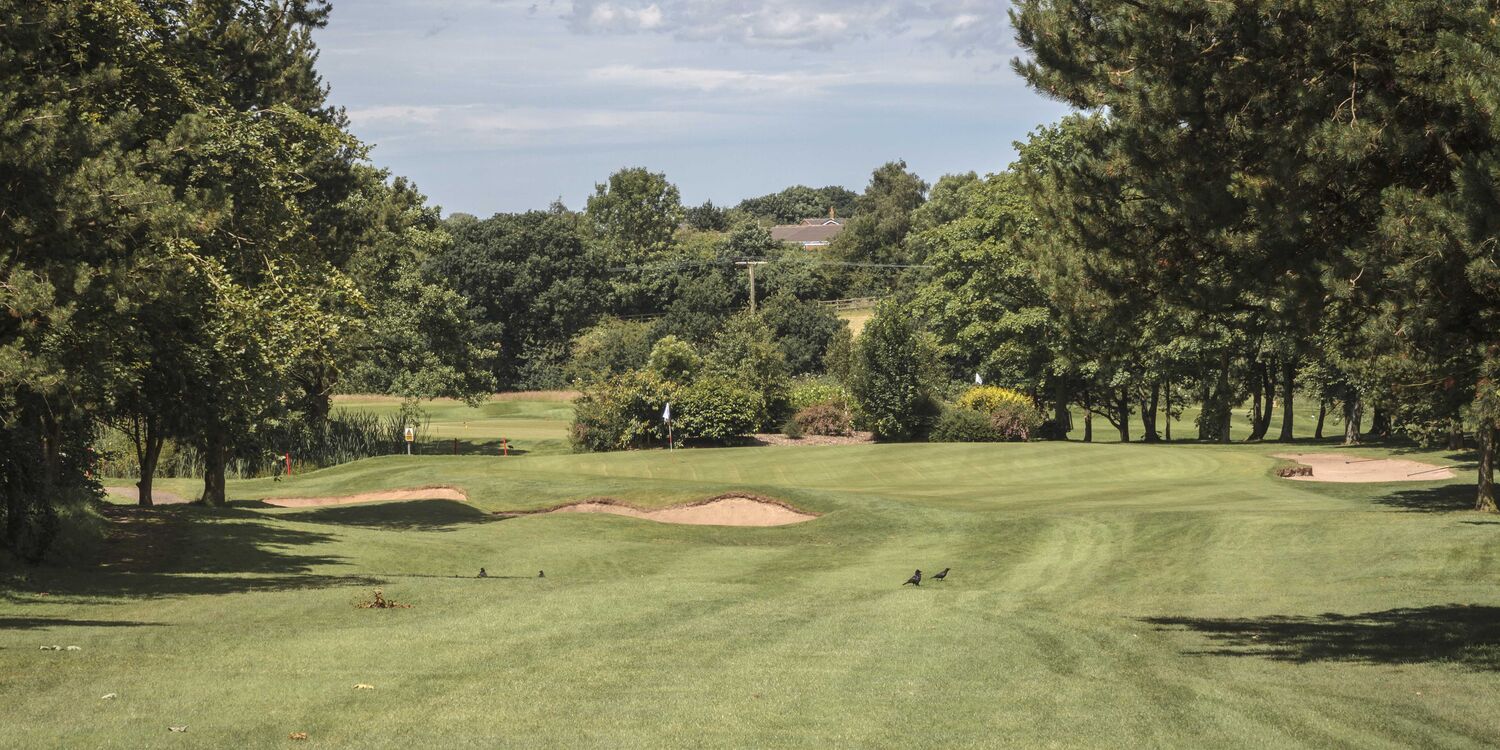 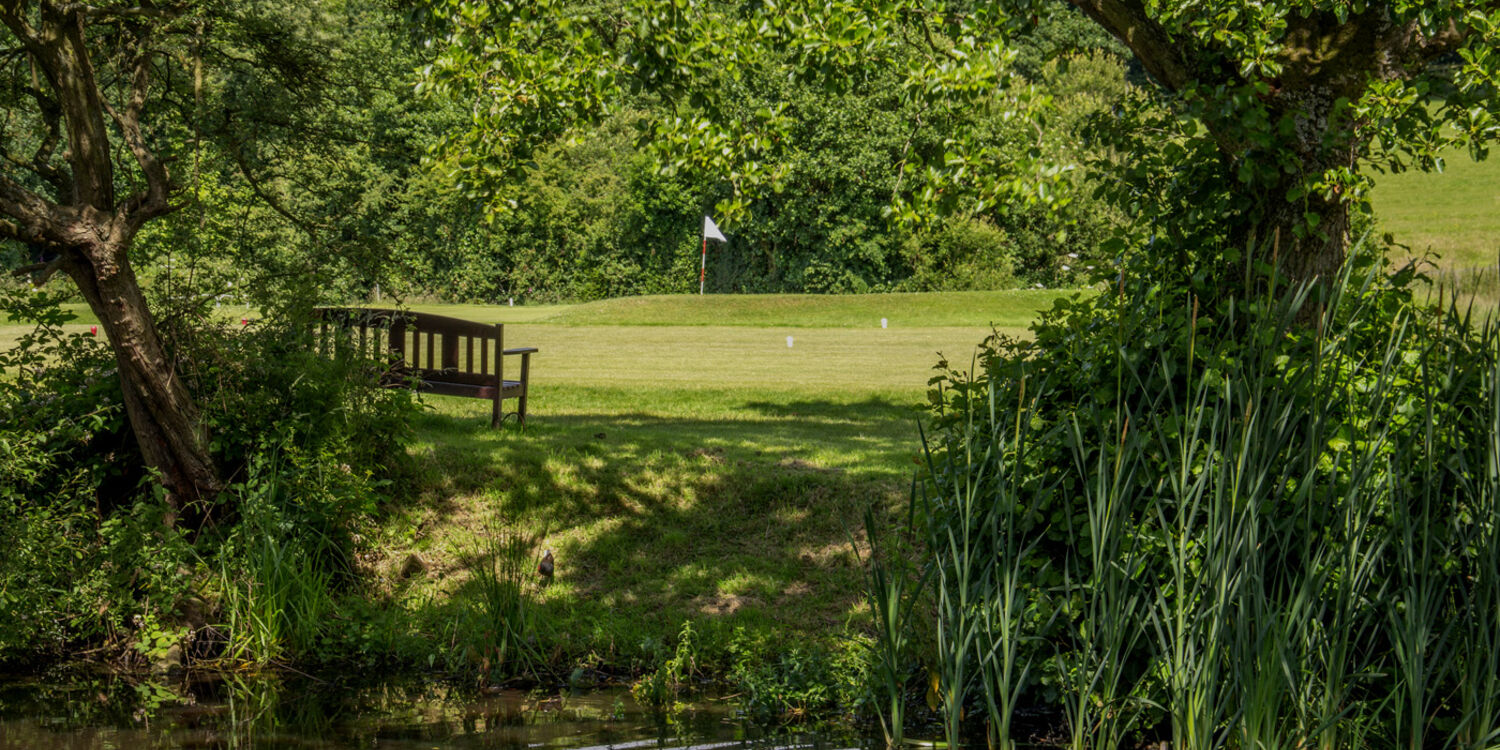 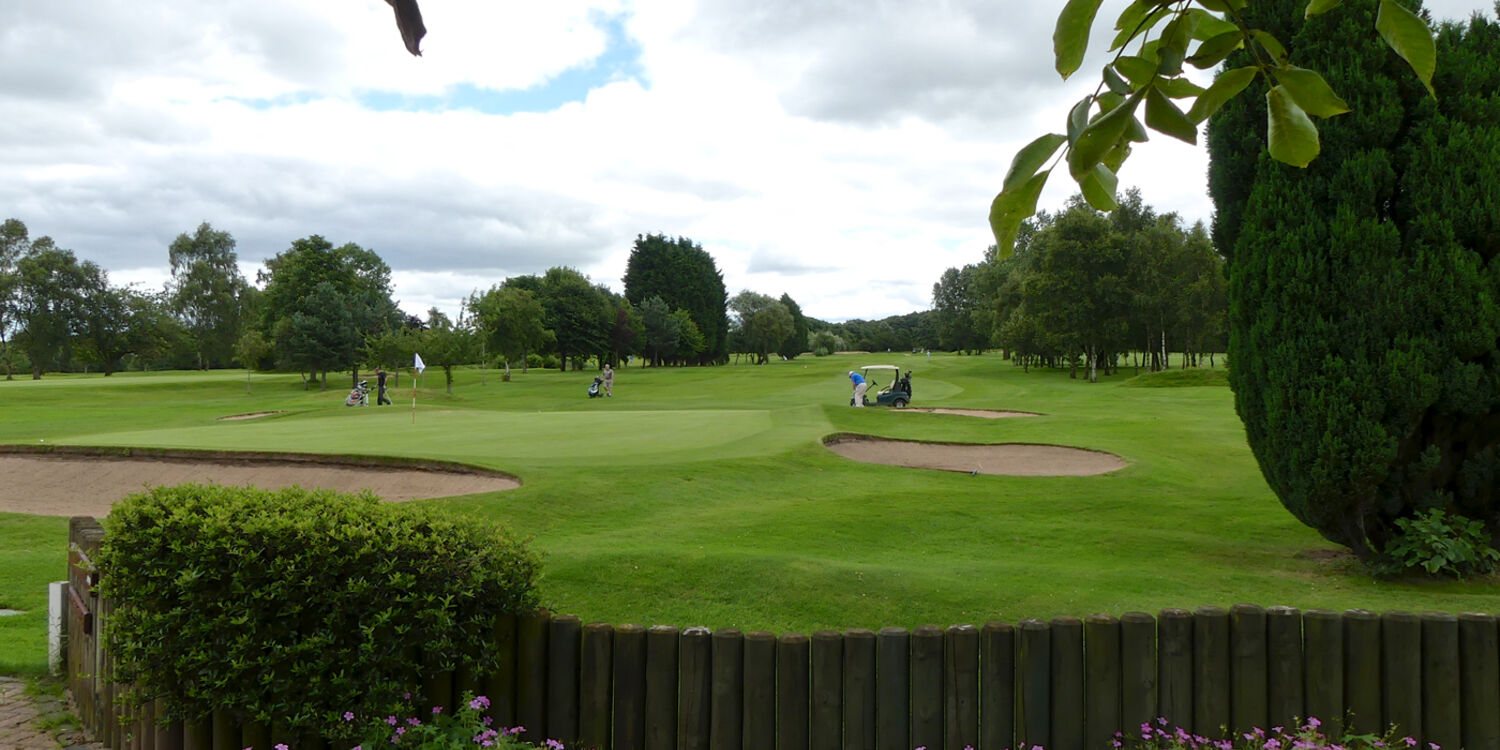 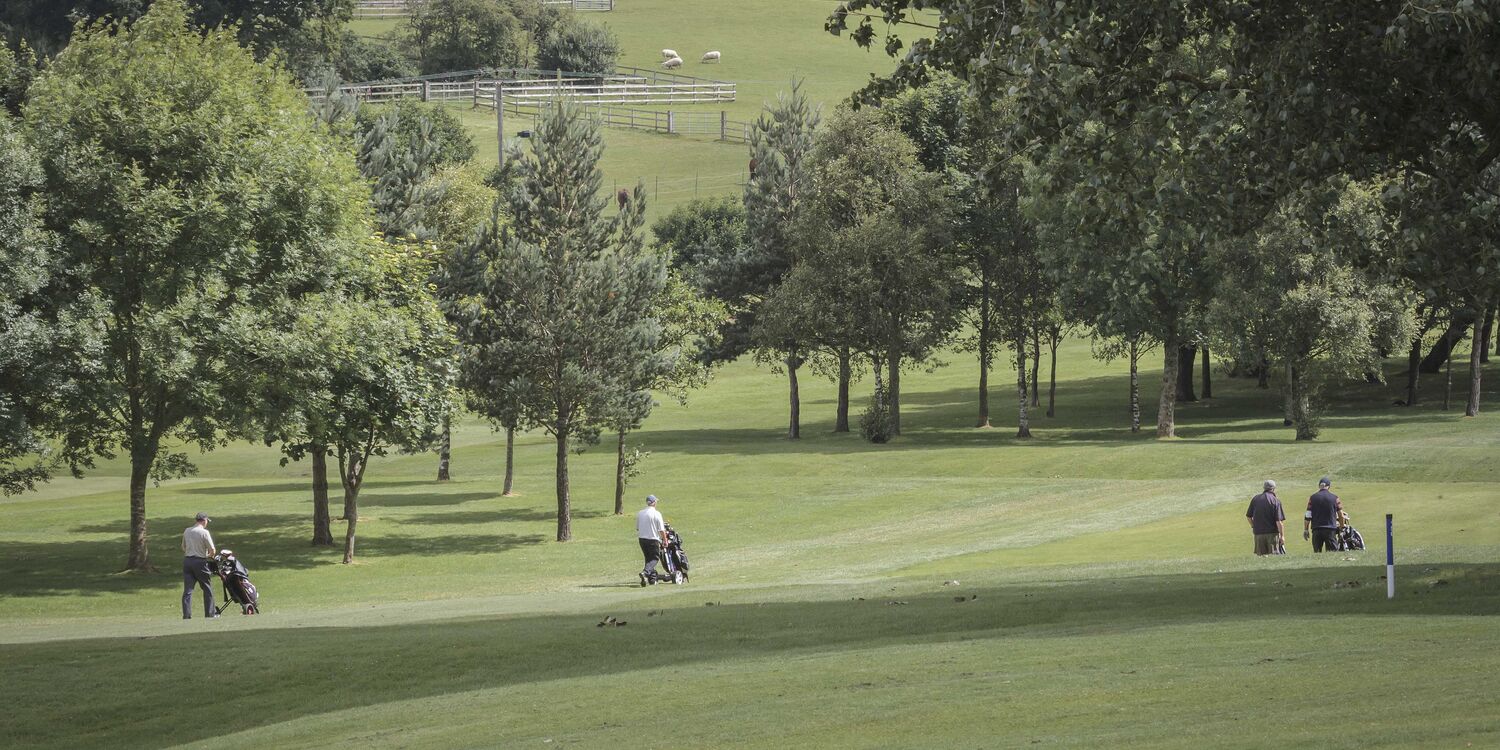 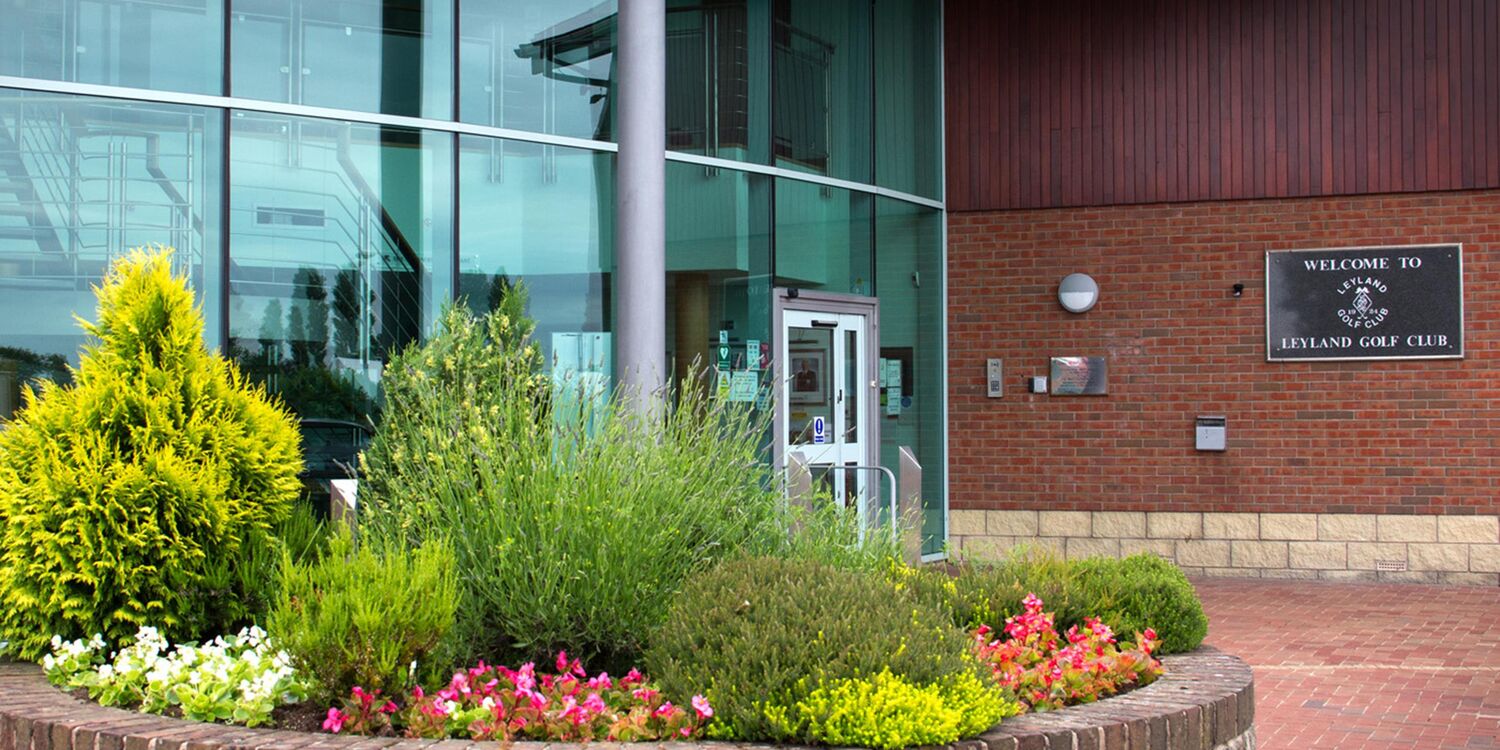 Leyland: The course and driving range are open via the club's online booking system.

The first meeting to consider the establishment of a Golf Club was held in the Leyland Conservative Club in 1923. The meeting was attended by only four people, they were local golfers playing at Golf Clubs in Chorley & Penwortham. These Clubs were having some problems and the four golfers came to the conclusion that the village of Leyland and themselves would benefit from a Golf Course in Leyland.

The four golfers were John William Baron who was a Manager at Leyland Motors, he became the first Chairman of the considered Golf Club, Ernest Berry a Sales Manager of a Textile Company, the third  was M H Wilkinson a Surveyor on Leyland Urban District Council and finally H B Moss a local Architect and house builder.

There is no record of this meeting but the main item on the agenda was to find a suitable site for a Golf Course. This presented many difficulties and John Baron and his three colleagues spent many hours wandering the outskirts of the village in search of suitable land. As they travelled along Wigan Road in a southerly direction, they first considered to the west where Tracy’s Garage is now positioned but this had problems and the Founder Members then directed their footsteps across Wigan Road to the land attached to what was then Bob Haydock’s Farm, the site on which the present Golf Club is situated.

The first obstacle to renting this land was raised by James Haydock the Father of Bob Haydock whose farm was situated at the corner of Dawson Lane with Wigan Road and had the tenancy of the sought after site. After much negotiation he agreed to let the site for a golf course providing that Mr William Forrester who was agent to the Worden Estates owned by the Farington Family agreed, after much discussion permission was given.

They had finally arrived if only they knew what the next 80 years would bring.

The next step was to get prospective members to support this project. A meeting was held at the Leyland Public Hall and to the surprise of Mr Baron and his three friends the room in which they decided to hold the meeting was not large enough for all those who wanted to attend.

The first AGM was held on the 5th March 1924, membership was 118 Gentlemen and 57 Lady Members. Mr Robertson the Professional from Preston Golf Club submitted an acceptable layout for the course, finishing touches came from a Mr J E Steed a Golf Course Architect of great renown.

The first Captain was Mr John Fishwick who owned the Fishwick Bus Company, still in Leyland until October 2015. This was useful as he was able to provide one of his buses to act as the first clubhouse. The first Lady Captain being Miss Ann Haselden in 1927 when the annual subscription for a Lady Subscriber was 12 shillings.

The Course was officially opened for play on the 2nd August 1924.

Part of the course was built on clay the reason for many drainage problems for the future.

The first course was 9 holes and had the reputation of being one of the best in Lancashire. In the 1950’s and 60’s the course was extended to 14 holes developing to 18 holes in the late 1960’s. In the early years a horse was employed to work on the course.

An Army Mobile Workshop was purchased from Wales in 1924, this became the Clubhouse for the next 50 years where many enjoyable social evenings took place.

The Club reached its 50th year in 1974 and celebrated with Peter Allis and Dave Thomas holding a golf clinic and then playing an exhibition match with two of Leyland’s best golfers.

The Army Hut was demolished in 1971 to make way for a two phase Clubhouse, this consisted of  an extension and a new shell made of modular construction by a company in Croston owned by Trevor Hemmings. Trevor is an Honorary Member of the Club who gave an interest free loan to help build this new Clubhouse.

The next Clubhouse came along in 1994 and this would have been the Clubhouse today if a fire in 2001 had not reduced it to the ground.

The Clubhouse we have today was officially opened by the Farington Family on the 21st September 2002 our landlords since 1924.

A book - The History of Leyland Golf Club “ From such small beginnings “ was written by Terry Keene. 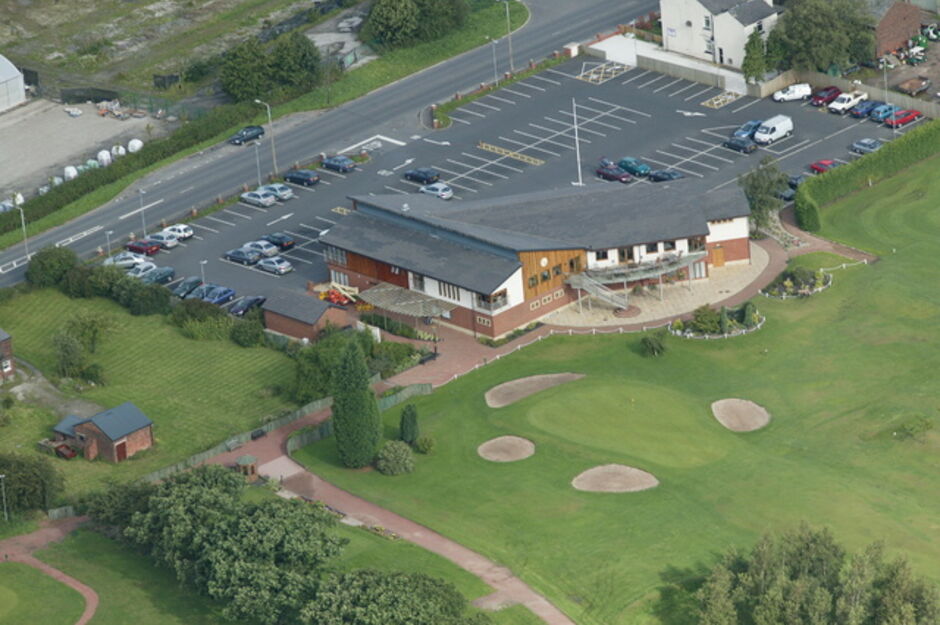 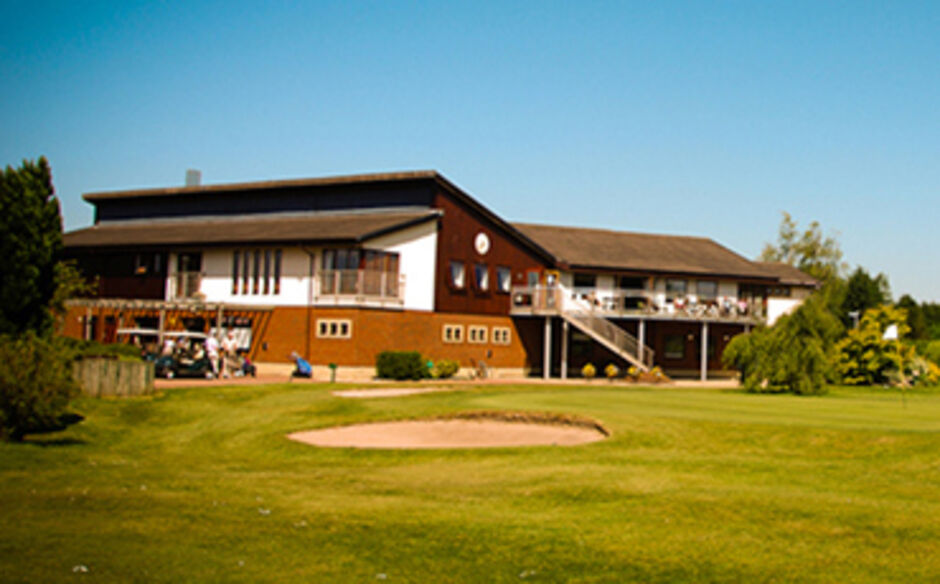